• The report includes more information—adding data on the numbers of traders in each category, a crop-year breakout, and concentration ratios in the early 1970s; data on option positions in 1995; and a Supplemental report in 2007 showing positions of Index Traders in selected agricultural markets.

Open interest, as reported to the Commission and as used in the COT report, does not include open futures contracts against which notices of deliveries have been stopped by a trader or issued by the clearing organization of an exchange

Old and Other Futures (long form only). For selected commodities where there is a well-defined marketing season or crop year, the COT data are broken down by "old" and "other" crop years. The Major Markets for Which the COT Data Is Shown by Crop Year table lists those commodities and the first and last futures of the marketing season or crop year. In order not to disclose positions in a single future near its expiration, on the first business day of the month of the last future in an "old" crop year, the data for that last future is combined with the data for the next crop year and is shown as "old" crop futures. An example is CBOT wheat, where the first month of the crop year is July and the last month of the prior crop year is May. On May 3, 2004, positions in the May 2004 futures month were aggregated with positions in the July 2004 through May 2005 futures months and shown as "old" crop futures. Positions in all subsequent wheat futures months were shown as "other." 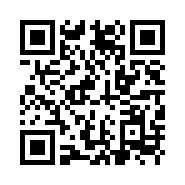